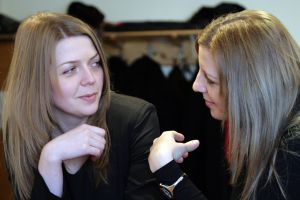 Dictionary.com defines intervention as, “the act or fact of intervening; interference in one state of affairs of another.”  However from an alcohol or drug abuse perspective, it is the attempt of a single individual or a group of individuals (characteristically family and friends) to have someone seek professional assistance with a type of addiction, crisis, or traumatic event.

Interventions are classified as either direct or indirect in nature.  The most typical form of intervention usually involves a confrontation between the alcohol or drug dependent individual and a group of people such as counselors, family, friends, or a combination of all three.  Indirect intervention usually involves working with a co-dependent family so that they are encouraged to help the targeted individual in their struggles with their abuse problems and/or addiction.

Normally, when plans are made to perform a direct intervention, it is done among the counselors, family, and friends that will be involved in the act.  In most cases, the intervention won’t be instigated by the addict, who is usually in a state of denial and thinks that they do not have a problem.  It is often argued that deception becomes the focus rather than the intervention since part of the planning stage involves concealing what is about to happen from the person with the abuse problem or addiction.  Friends and family members will rely on the element of surprise when it comes to the initial confrontation.